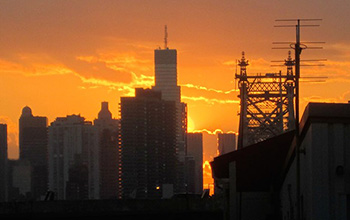 
The world is not only getting hotter but also more humid

The world is not only getting hotter but also more humid.

The world is not only getting hotter but also more humid. New research by Washington State University scientists shows that people living in areas where humid-heat extremes are already a significant hazard are bearing the brunt of the impact.

The study, published in the journal Geophysical Research Letters, presents the timing, frequency, and severity of extreme humid-heat and dry-heat events along with recent trends using hourly data at a spatial resolution of about 25 kilometers, or 15.5 miles.  The work was supported by the U.S. National Science Foundation.

“We identify a greater increase in population exposure to humid-heat as compared to dry-heat, emphasizing the importance of understanding humidity changes in a warming world,” said study lead author Cassandra Rogers of Washington State University.

Most of Europe, northern South America, Africa, the Arabian Peninsula and the island chains between the Indian and Pacific oceans, as well as the Northern Hemisphere oceans, have experienced statistically significant increases in both dry and humid-heat extremes, according to the researchers’ analysis.

However, a few regions of the planet showed trends that are particularly worrisome.

“For example, increases in the occurrence of humid-heat were strongest over populous regions in South and Southeast Asia and the southeastern U.S., where changes in dry-heat frequency, as measured by temperature alone, are small or non-significant,” said study co-author Deepti Singh.

Rogers and Singh’s work, along with that of their collaborators, suggests that increasing irrigation intensity could be increasing humidity and consequently extreme humid-heat, since a large fraction of land-area in these regions is croplands and the timing of high irrigation rates over places like India coincide with the warmest temperatures.

The consequences could be severe unless efforts are taken to reduce the impact on vulnerable workers.

“With many areas in these regions already approaching the survivability limit of heat and humidity, manual, labor-intensive outdoor work such as agricultural activities, construction and pulled- or cycle-powered rickshaw transport could become infeasible during the hot parts of the day for much of the year,” Rogers said.