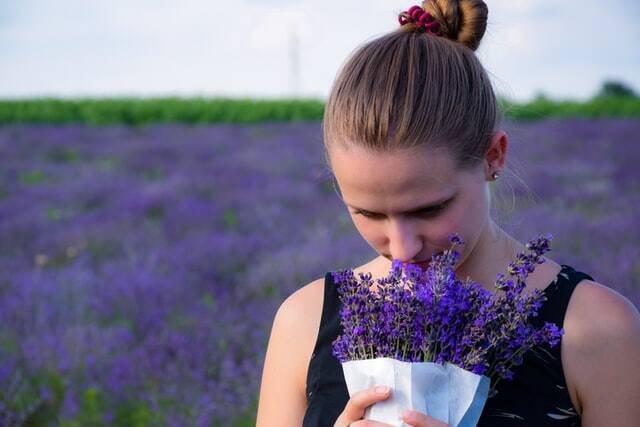 The ability to detect smells predicts recovery and long-term survival in patients who have suffered severe brain injury, a new study has found. A simple, inexpensive ‘sniff test’ could help doctors to accurately diagnose and determine treatment plans for patients with disorders of consciousness.

Published on 29 April in the journal Nature, the study involved brain-injured patients showing very minimal or no signs of awareness of the external world. It found that 100% of patients who reacted to the sniff test went on to regain consciousness, and over 91% of these patients were still alive three and a half years after injury.

“The accuracy of the sniff test is remarkable – I hope it will help in the treatment of severely brain injured patients around the world,” said Anat Arzi, a researcher in the University of Cambridge’s Department of Psychology and the Weizmann Institute of Science Israel, who led the research, together with Professor Noam Sobel from the Weizmann Institute of Science Israel and Dr Yaron Sacher from the Loewenstein Rehabilitation Hospital Israel.

It is often difficult for doctors to determine a patient’s state of consciousness after a severe brain injury. Errors in diagnosis are made in up to 40% of cases. A patient that is minimally conscious differs from one in a vegetative state, and their future outcomes differ. An accurate diagnosis is critical because it informs treatment strategies such as pain management, and can underlie end-of-life decisions.

Our sense of smell is a very basic mechanism and relies on structures deep within the brain. The brain automatically changes the way we sniff in response to different smells – for example, when presented with an unpleasant smell we automatically take shorter, shallower breaths. In healthy humans the sniff-response happens in both waking and sleeping states of consciousness.

Research was conducted on 43 severely brain-injured patients. The experimenter first explained to each patient that different smells would be presented to them in jars, and the breathing through their nose would be monitored using a small tube called a nasal cannula. There was no indication that the patients heard or understood.

The researchers found that minimally conscious patients inhaled significantly less in response to smells, but did not discriminate between nice and nasty smells. These patients also modified their nasal airflow in response to the jar with no smell. This implies awareness of the jar or a learned anticipation of a smell. Vegetative state patients varied – some did not change their breathing in response to either of the smells, but others did.

A follow-up investigation three and a half years later found that over 91% of the patients who had a sniff response shortly after injury were still alive, but 63% of those who had showed no response had died.

By measuring the sniff-response in severely brain injured patients, the researchers could measure the functioning of deep-seated brain structures. Across the patient group they found that sniff-responses differed consistently between those in a vegetative state and those in a minimally conscious state – providing further evidence for an accurate diagnostic.

“We found that if patients in a vegetative state had a sniff response, they later transitioned to at least a minimally conscious state. In some cases, this was the only sign that their brain was going to recover – and we saw it days, weeks and even months before any other signs,” said Arzi.

“When the sniff response is functioning normally it shows that the patient might still have some level of consciousness even when all other signs are absent,” said Dr Tristan Bekinschtein in the University of Cambridge’s Department of Psychology, who was involved in the study. “This new and simple method to assess the likelihood of recovery should be immediately incorporated in the diagnostic tools for patients with disorders of consciousness.”

This research was funded by the Rob and Cheryl McEwen Fund for Brain Research, the Blavatnik family Foundation, the Royal Society and the European Molecular Biology Organisation. Repurposing drugs for COVID-19 a more rapid alternative to a vaccine, say researchers