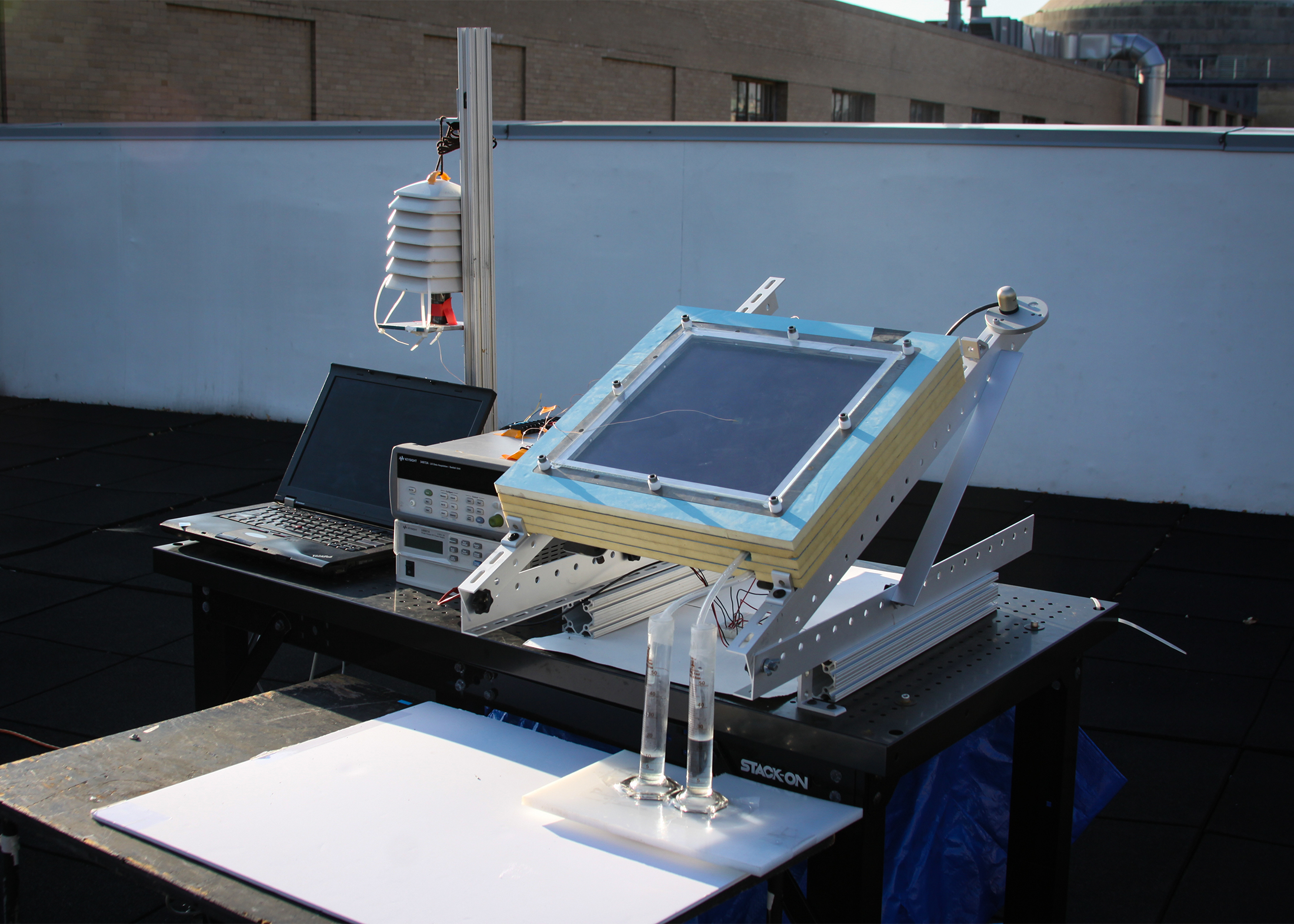 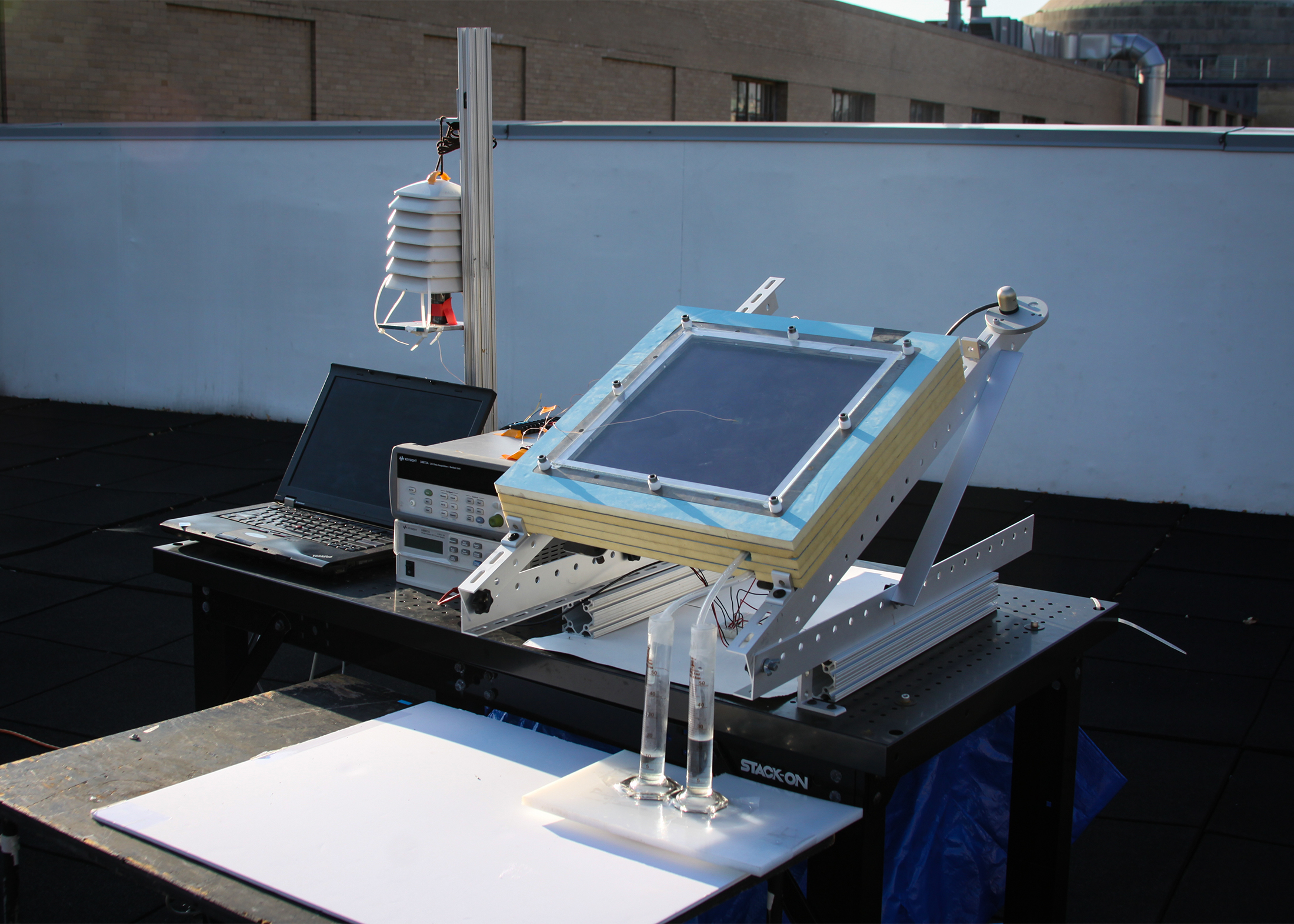 Researchers at MIT and elsewhere have significantly boosted the output from a system that can extract drinkable water directly from the air even in dry regions, using heat from the sun or another source.

The system, which builds on a design initially developed three years ago at MIT by members of the same team, brings the process closer to something that could become a practical water source for remote regions with limited access to water and electricity. The findings are described today in the journal Joule, in a paper by Professor Evelyn Wang, who is head of MIT’s Department of Mechanical Engineering; graduate student Alina LaPotin; and six others at MIT and in Korea and Utah.

The earlier device demonstrated by Wang and her co-workers provided a proof of concept for the system, which harnesses a temperature difference within the device to allow an adsorbent material — which collects liquid on its surface — to draw in moisture from the air at night and release it the next day. When the material is heated by sunlight, the difference in temperature between the heated top and the shaded underside makes the water release back out of the adsorbent material. The water then gets condensed on a collection plate.

But that device required the use of specialized materials called metal organic frameworks, or MOFs, which are expensive and limited in supply, and the system’s water output was not sufficient for a practical system. Now, by incorporating a second stage of desorption and condensation, and by using a readily available adsorbent material, the device’s output has been significantly increased, and its scalability as a potentially widespread product is greatly improved, the researchers say.

Wang says the team felt that “It’s great to have a small prototype, but how can we get it into a more scalable form?” The new advances in design and materials have now led to progress in that direction.

Instead of the MOFs, the new design uses an adsorbent material called a zeolite, which in this case is composed of a microporous iron aluminophosphate. The material is widely available, stable, and has the right adsorbent properties to provide an efficient water production system based just on typical day-night temperature fluctuations and heating with sunlight.

The two-stage design developed by LaPotin makes clever use of the heat that is generated whenever water changes phase. The sun’s heat is collected by a solar absorber plate at the top of the box-like system and warms the zeolite, releasing the moisture the material has captured overnight. That vapor condenses on a collector plate — a process that releases heat as well. The collector plate is a copper sheet directly above and in contact with the second zeolite layer, where the heat of condensation is used to release the vapor from that subsequent layer. Droplets of water collected from each of the two layers can be funneled together into a collecting tank.

In the process, the overall productivity of the system, in terms of its potential liters per day per square meter of solar collecting area (LMD), is approximately doubled compared to the earlier version, though exact rates depend on local temperature variations, solar flux, and humidity levels. In the initial prototype of the new system, tested on a rooftop at MIT before the pandemic restrictions, the device produced water at a rate “orders of magnitude” greater that the earlier version, Wang says.

While similar two-stage systems have been used for other applications such as desalination, Wang says, “I think no one has really pursued this avenue” of using such a system for atmospheric water harvesting (AWH), as such technologies are known.

Existing AWH approaches include fog harvesting and dew harvesting, but both have significant limitations. Fog harvesting only works with 100 percent relative humidity, and is currently used only in a few coastal deserts, while dew harvesting requires energy-intensive refrigeration to provide cold surfaces for moisture to condense on — and still requires humidity of at least 50 percent, depending on the ambient temperature.

By contrast, the new system can work at humidity levels as low as 20 percent and requires no energy input other than sunlight or any other available source of low-grade heat.

LaPotin says that the key is this two-stage architecture; now that its effectiveness has been shown, people can search for even better adsorbent materials that could further drive up the production rates. The present production rate of about 0.8 liters of water per square meter per day may be adequate for some applications, but if this rate can be improved with some further fine-tuning and materials choices, this could become practical on a large scale, she says. Already, materials are in development that have an adsorption about five times greater than this particular zeolite and could lead to a corresponding increase in water output, according to Wang.

The team continues work on refining the materials and design of the device and adapting it to specific applications, such as a portable version for military field operations. The two-stage system could also be adapted to other kinds of water harvesting approaches that use multiple thermal cycles per day, fed by a different heat source rather than sunlight, and thus could produce higher daily outputs.

“This is an interesting and technologically significant work indeed,” says Guihua Yu, a professor of materials science and mechanical engineering at the University of Texas at Austin, who was not associated with this work. “It represents a powerful engineering approach for designing a dual-stage AWH device to achieve higher water production yield, marking a step closer toward practical solar-driven water production,” he says.

Yu adds that “Technically, it is beautiful that one could reuse the heat released simply by this dual-stage design, to better confine the solar energy in the water harvesting system to improve energy efficiency and daily water productivity. Future research lies in improving this prototype system with low cost components and simple configuration with minimized heat loss.”

The research team includes Yang Zhong, Lenan Zhang, Lin Zhao, and Arny Leroy at MIT; Hyunho Kim at the Korea Institute of Science and Technology; and Sameer Rao at the University of Utah. The work was supported by the Abdul Latif Jameel Water and Food Systems Lab (J-WAFS) at MIT. 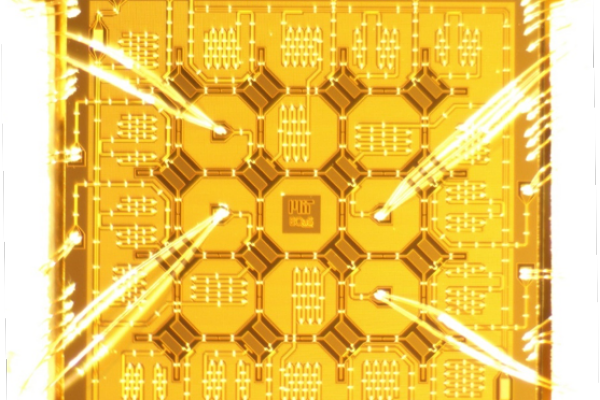 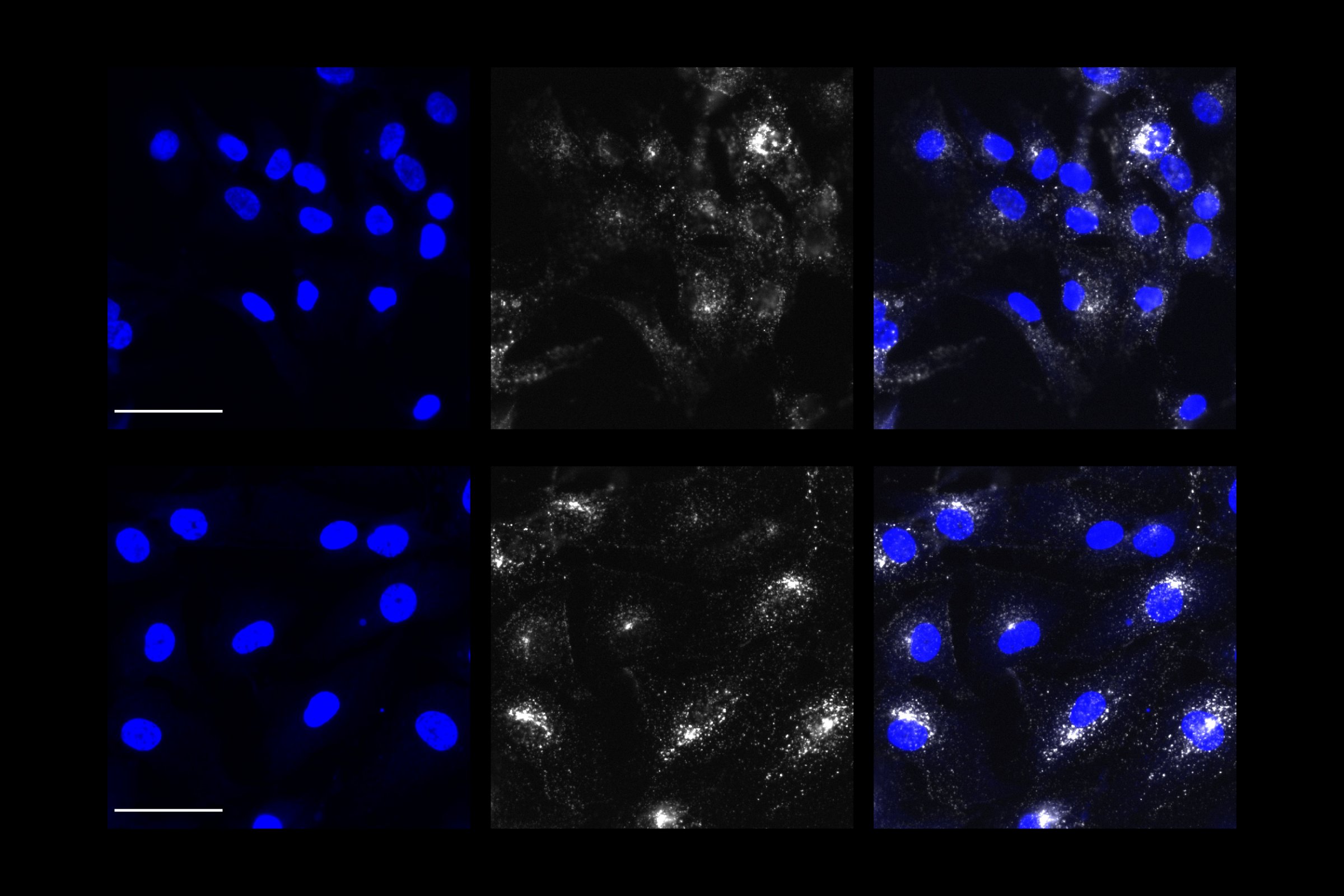 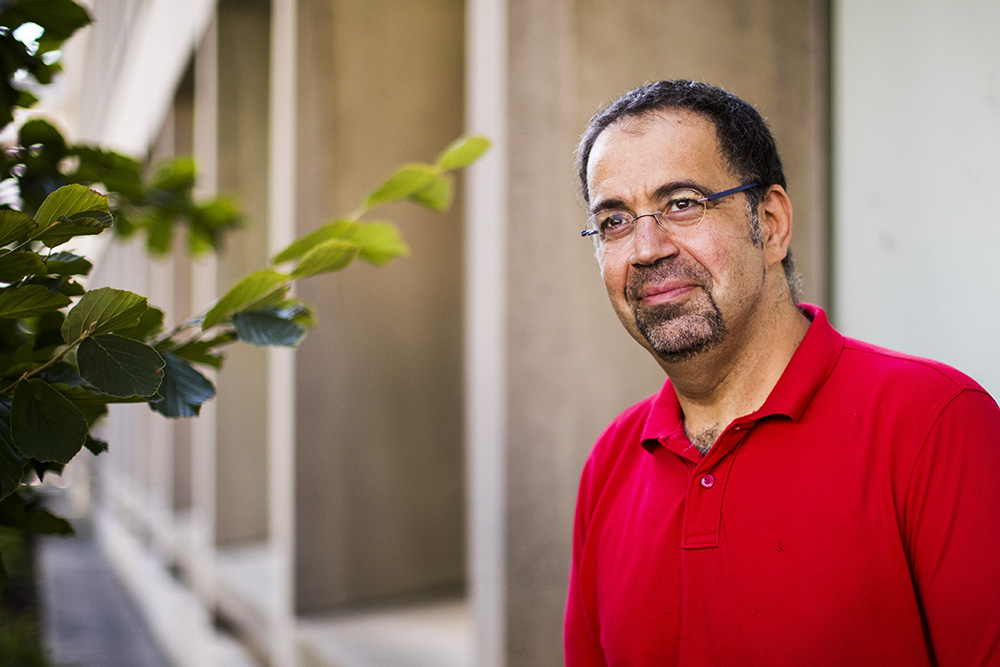 3 Questions: Daron Acemoglu on the US tax system and automation | MIT News