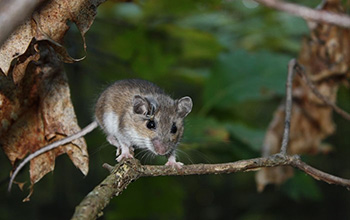 The mainstream education teaches that the animals in the world are evolved by the “Survival of the Fittest” principal and Darwinism is developed from it. However, a research on physical impaired white-footed mice that span 26 years shows that the survival doesn’t belong to the fittest along; actually, the seemingly unfitted can even thrive.

The bottom line: White-footed mice can survive and thrive, even with physical impairments.

Co-author Richard Ostfeld, a disease ecologist at the Cary Institute of Ecosystem Studies, said that the “results of our long-term study on wild white-footed mice do not support the long-held assumption, sometimes applied to vertebrates more broadly, that physical impairments reduce measures of fitness such as survival, movement and mass.“

Mice were given metal ear tags upon first capture, and data on sex, age, mass, ectoparasite load and location were recorded. In addition, the scientists took detailed notes about the physical features of each animal.

Doug Levey, a program director in NSF added, “This study is both powerful — more than 27,000 wild mice over 26 years — and surprising. Until now, few ecologists would have said that impaired mice live as long as mice that are free of impairments.”