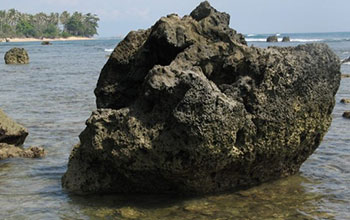 
Southeast Australia on course for increasingly hot and dry conditions

New research by National Science Foundation-funded scientists at the Woods Hole Oceanographic Institution and colleagues has found a marked change in the Indian Ocean’s surface temperatures. The change places southeast Australia on course for increasingly hot and dry conditions.

The work, led by researchers at the Australian National University and the ARC Centre of Excellence for Climate Extremes, has a silver lining: improving our understanding of climate variations and the management of risk caused by Indian Ocean variability.

Lead researcher Nerilie Abram said the phenomenon the team studied, known as the Indian Ocean Dipole, was a big player in the severe drought and record hot temperatures in Australia last year.

“The 2019 event, known as a positive Indian Ocean Dipole, was a big one,” said Abram, who is at the Centre of Excellence for Climate Extremes. “It cut off one of the major sources for southern Australia’s winter and spring rainfall and set up extremely hot and dry conditions for the terrible fires that ravaged Australia this summer.”

Added Caroline Ummenhofer, a WHOI climate scientist and co-author of the study, “The Indian Ocean Dipole does not only affect Australian climate; it’s also linked to floods in East Africa, changes in the Indian monsoon, and droughts and wildfires in Indonesia — areas that experienced unusual climate conditions during the record 2019 event.”

The new research, published in Nature, reveals that these historically rare events have become much more frequent and intense during the 20th century. The situation, the scientists say, is expected to worsen if greenhouse gas emissions continue to rise.

“Historically, strong events like the one we saw in 2019 have been very rare,” Abram said. “Over the reconstruction beginning in the year 1240, we see only 10 of these events, but four of those have occurred in just the last 60 years.”